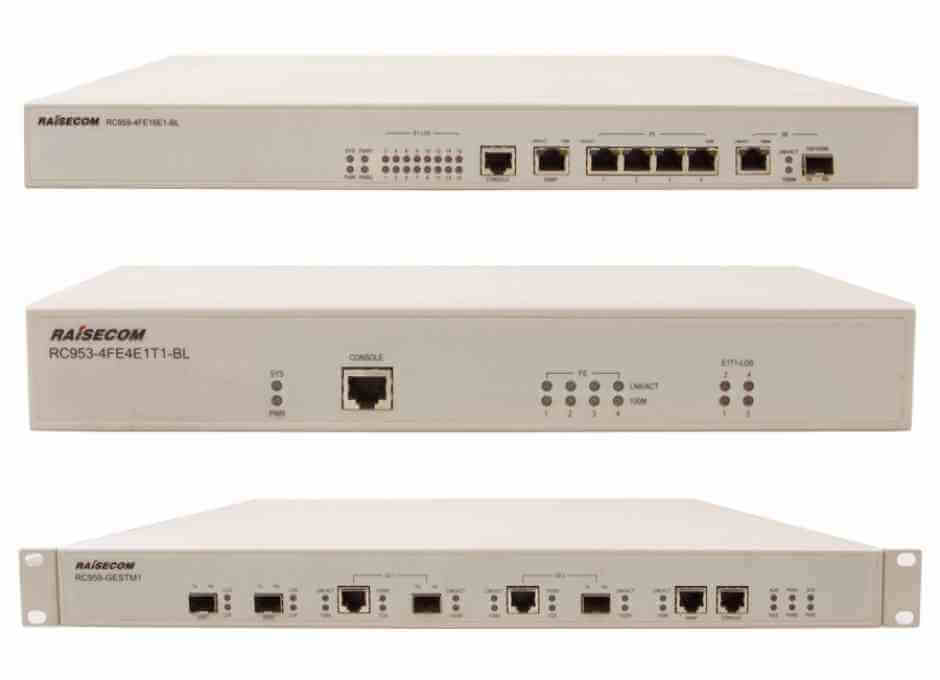 The RC959 series offers a standard GFP-encapsulation EoPDH aggregation used for delivering segregated Ethernet services over existing legacy networks. It meets customer requirements in terms of advanced Ethernet switching and diagnostics containing full L2 switching functionality and standard Ethernet OAM/CFM features. The flexible RC959-4FE16E1(-BL) can act both as an aggregator and/or a remote demarcation in point-to-point and point-to-multipoint topologies. By comparison, RC959-GESTM1 is only deployed at the POP site operated by service providers and is used for aggregating services from remote demarcation, such as the RC951E-4FEE1, RC953-4FExE1T1 series and RC959-4FE16E1(-BL). Both models allow carriers to offer flexible service channels from 2Mbps to 32Mbps, under protection enabled by LCAS from unexpected E1 link failures. As Ethernet Demarcation Devices (EDD) with 4 x FE at the client side, the RC951E-4FEE1 and RC953-4FExE1T1 can support up to 1xE1 and 4/8xE1 at the line side, respectively. Besides, this series presents advanced OAM and network diagnostic features in addition to L2 switch functionality. The RC95x series can be deployed in point-to-point scenarios, as well as working with non-Raisecom aggregation gateway, building a customized Ethernet service channel over existing PDH/SDH networks owned by Carriers. Standardized GFP encapsulations assure outstanding interoperability and a broader field of applications.